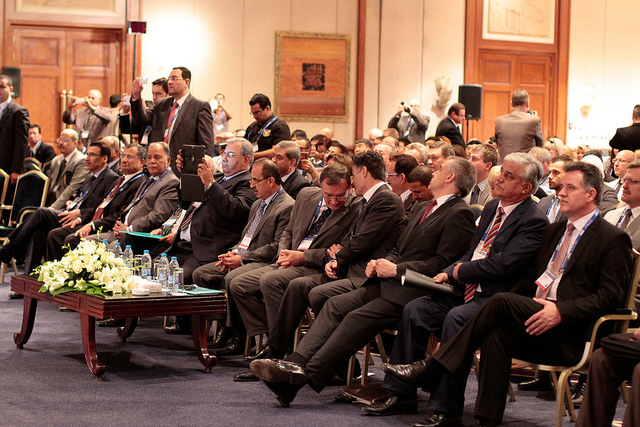 Mujahed, speaking at the closing ceremony of the 7th Euro-Asian Road Transport Conference, said the sector has been negatively impacted by the on-going developments in Syria and has suffered from significant revenue losses due to the conflict, totaling some JD 30 million annually.

“The transport sector is always harmed when there are economic and political crises in the region,” said Mujahed.

According to the IRU road transport indices: “Jordan is on the road to succes but more needs to be done to facilitate trade and international road transport and therefore foster economic development.”

Highlighting Jordan’s strategic location as a gateway into regional markets, Mujahed said the Kingdom enjoys an advanced fleet of trucks and is signatory to several bilateral, multilateral and UN agreements that facilitate land transport.

In Jordan, there is a railway route that stretches over 620 kilometres, 80,000 square kilometers of highway and several land, sea and airports, he said.

At the second day of the conference, acting Minister of Transport Walid Masri announced that the Amman Ministerial Declaration had been adopted by ministers of transport and ministries in charge of transport and their representatives from Europe, Asia, Africa and the Middle East.

The declaration calls for strengthening inter-regional trade and transport linkages between the regions, underlines the important role road transport can play in driving economic growth, and stresses commitment to promote and facilitate trade and tourism.

The country’s transport sector contributes 12 per cent annually to the Kingdom’s gross domestic product and employs 10 per cent of the total workforce in Jordan.

Over 450 delegates from more than 44 countries took part in the conference.

The attending delegates concluded that it is “imperative to promote and further facilitate trade and international road transport to drive economic growth, social stability and prosperity in the Arab world."

Previous Pause Next
Back To News »
2021 Developed by Blue Ray for Web Solutions. All rights reserved
"All graphics and materials on this website copyrighted to The Royal Automobile Club of Jordan "